This is a full day trip of hiking to the active volcano Mahawu or Lokon, combined with other highland tours. The tour will normally include the following:

What to wear/bring: Long sleeves, long pants, proper trekking shoes (or at least sneakers), a hat, sunblock, mosquito repellent (use before entering the forest) and an extra shirt.

The trip to Mahawu volcano takes about 90 minutes by boat & car from the resort. There is a road that allows the car to go closer to the top of the volcano. From there it’s only a 15 minute hike to the top, and another 20 minutes to walk halfway around the crater lake, to the highest peak. From here you have a spectacular view over the caldera with the steaming and bubbling crater lake with sulphur scent. You can also see the whole of North Sulawesi from the top of the volcano: Manado bay and neighbouring islands, the Lokon-Empung volcano, Soputan volcano and Mount Klabat (2000 m) – the highest mountain in North Sulawesi. 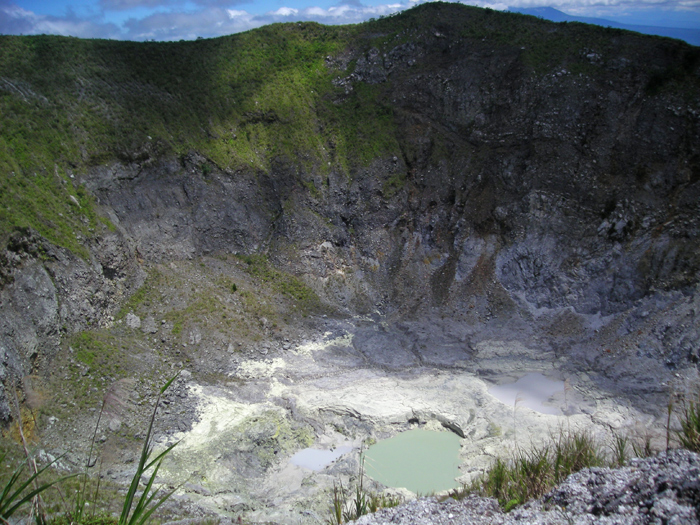 The elongated Mahawu volcano lies immediately east of the Lokon-Empung volcano. It is the northernmost of a series of young volcanoes along a SSW-NNE line near the margin of the Quaternary Tondano caldera. Mahawu is capped by a 180-m-wide, 140-m-deep crater that contains a small crater lake, and has two pyroclastic cones on its northern flank.  Less active than its neighbor, Lokon-Empung, Mahawu’s historical activity has been restricted to occasional small explosive eruptions recorded since 1789.  In 1994, fumaroles, mudpots, and small geysers were observed along the shores of the greenish-colored crater lake.
Source: www.volcanodiscovery.com

The trip to this volcano also takes about 90 minutes by boat & car from the resort, but it’s a 3 hour hike and the terrain is a bit more challenging. We hike to Tompaluan, the active crater on the saddle between the two peaks of Lokon-Empung. You will need a proper trekking shoes for this hike, as the igneous rock trail formed by cooled lava can be slippery (even when dry). 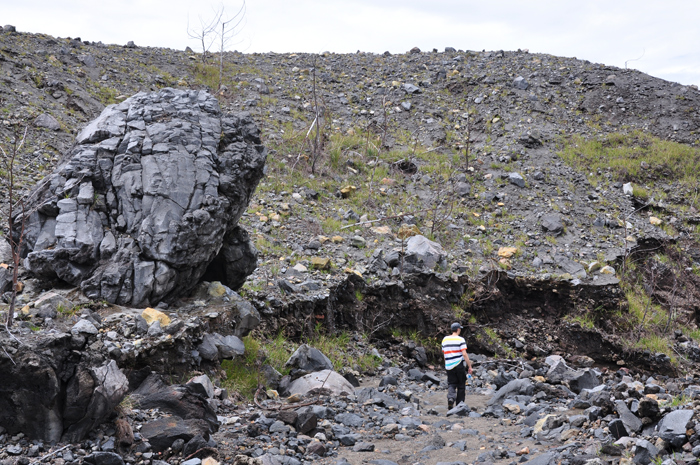 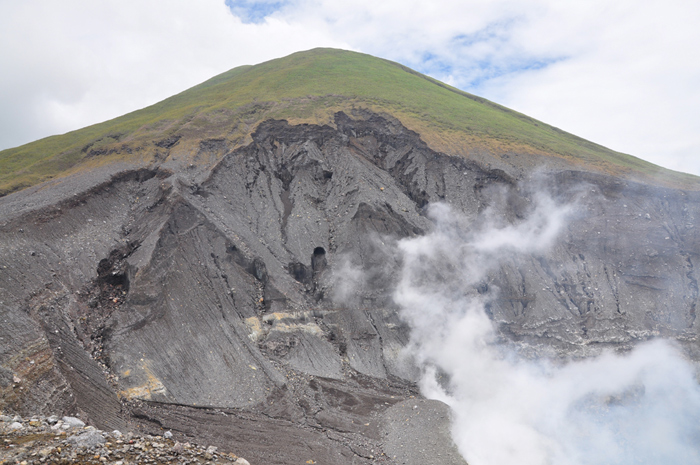 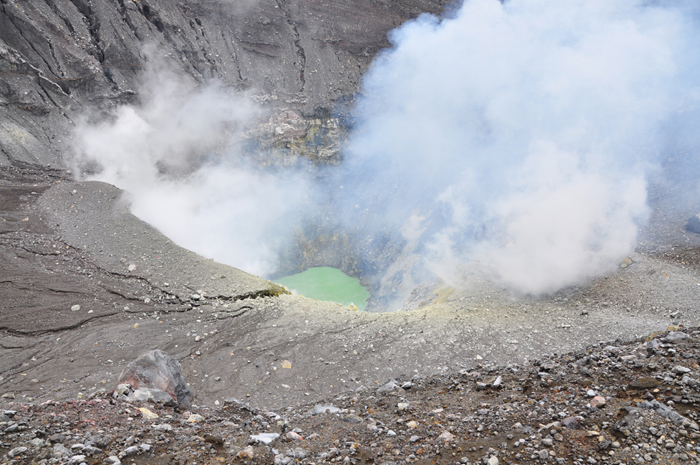 The twin volcanoes Lokon and Empung, rising about 800 m above the plain of Tondano, are among the most active volcanoes of Sulawesi.
Lokon, the higher of the two peaks (whose summits are only 2.2 km apart), has a flat, craterless top.  The younger Empung volcano has a 400-m-wide, 150-m-deep crater that erupted last in the 18th century. All subsequent eruptions have originated from Tompaluan, a 150 x 250 m wide double crater situated in the saddle between the two peaks.

Historical eruptions have primarily produced small to moderate ash plumes that have occasionally damaged croplands and houses, but lava-dome growth and pyroclastic flows have also occurred. The last big explosive eruption was in July 2011.
Source: www.volcanodiscovery.com

If you want to combine this two different tours, you will then leave the resort at around 5.00-5.30 am to Tangkoko National park (we will pack your breakfast – such as a sandwich, pancakes, banana). You will reach the park at around 6.00 – 7.00 am and do the 3 hours trek.

You will then head to Tomohon highland for lunch in Gardenia resort. After the lunch break you will then start hiking either Lokon volcano (3 hours, 2 ways) or Mahawau volcano (90 minutes, 2 ways). On the way back to the resort, you can also visit the pottery village Pulutan, and the ancient Waruga sarcophagus. You will be back at the resort in time for dinner.